The Ardern Labour-led Government's Response to the Covid-19 Pandemic 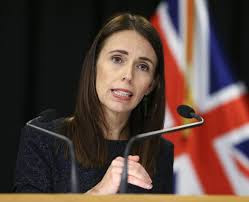 Overall, the Ardern Government’s response has been reasonably sound (although cruise ship visits and international travel needed to be stopped earlier), and Ardern’s leadership has been superb. Her conveying of information to the public has been clear, accurate, and compassionate. This government has clearly done a much better job of responding to the pandemic than right-wing governments such as the Trump Administration, Boris Johnson’s ‘herd immunity’ Conservative Government in the UK, and the Five Star Movement-Democratic Party coalition Government in Italy.


But the absence of quarantine for recent arrivals, mass testing, and the creation of make-shift hospital facilities for those who test positive is a major concern. Yesterday (March 25), there 205 confirmed cases, 22 had recovered, and only 5 were in hospital. The latter is shocking because that leaves 178 Covid-19 carriers in family homes throughout New Zealand, where they can infect other family members. Let’s hope all of these people and their families are responsible (although a recent example from Dunedin in which someone flew back from Germany then infected their kid and sent them to Logan Park high school suggests otherwise).

In contrast, take the example this week of China’s advice to Serbia which is summed up by the Serbian President as follows:
“After speaking with the Chinese experts, Aleksandar Vučić said Serbia would move to a regime of mass testing, and would isolate those who tested positive in makeshift facilities, even if they had light symptoms, as lockdown alone will not work.”

The Ardern Government needs to dump its neoliberal attachment to family/community care of those who test positive for Covid-19 and place them where they belong – in make-shift fit-for-purpose hospital facilities. Narrowly targeted testing, self-isolation of recent arrivals and community care needs to be replaced with mass testing, mandatory quarantine, and hospitalisation of all Covid-19 cases as soon as possible.
------------------


Are we ready? Hospital staff brace for the next wave in the fight against coronavirus 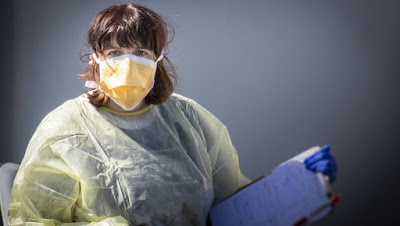 This article is well worth reading: https://www.stuff.co.nz/national/health/coronavirus/120651219/are-we-ready-hospital-staff-brace-for-the-next-wave-in-the-fight-against-coronavirus

In a previous post, I argued that those who test positive should be placed in a temporary make-shift but fit-for-purpose hospital care facility, even if they only have mild symptoms, in order to ensure effective social isolation (including from other family members) and proper care.

One of the major barriers to this is that, due to more than 30 years of neoliberal health policy and associated under-funding, hospital care is generally only used as a last resort and for the shortest time possible. This under-funding has: (1) created a public health system that was already thinly stretched, with staffing shortages, prior to the pandemic; and (2) created a health system with a comparatively low per-capita intensive care capacity.


Re point 1:
"Our consistent view about the health system prior to this is that it was underfunded, and it was certainly understaffed," said Sarah Dalton, executive director of the Association of Salaried Medical Specialists, which represents thousands of doctors and dentists.
"Services are stretched. It means we're not in the best shape for something like a pandemic."

Re point 2:
"New Zealand has 153 intensive care unit (ICU) bed spaces in public hospitals nationally, the Ministry of Health said this week. Accounting for beds that could be adapted to support ventilation, the number rises to 560.
There are 520 ventilators spread across all District Health Boards (DHBs).
The number of ICU spaces is low relative to similar countries.
The Australian and New Zealand Intensive Care Society (ANZICS) in 2018 estimated there were 5.14 ICU beds per 100,000 people in New Zealand.
It trails well behind Australia (8.92), nearly all countries in Europe (average 11.5), and Canada (13.5).
Those intensive care spaces must also be shared with patients who have non-Covid-19 related issues, who can occupy 80 to 90 per cent of existing spaces at any one time."

There is a third important point: New Zealand has a private health care system that has a parasitical relationship to the public health system. For example, although medical training is funded with student fees and government dollars, private hospitals hire these staff without contributing to training costs. Expensive areas of care, such as accident and emergency care, are handled by the public system. There are other examples. This parasitical relationship makes it possible for private health insurers to keep their premiums much lower than they would be in the absence of the public health system. It would be preferable if the government shut down private health care, and converted the private hospitals to public. If all New Zealanders were in the same public health care waka, this would not only be more economically efficient, but would increase political pressure from the public on successive governments to more adequately fund public health care.